You are here: Home / From Our Farm / Heartache

Lately K, our darling girl, has been less than darling. She’s been rude, abrasive, and just plain mean. We’ve been pulling our hair out loosing our minds, and frankly, wondering how the hell we’re ever going to make it through the teen years if this is her at 10.

Finally last night, I pushed the issue – I told K she needed to talk to me, to tell me what’s going on, that I missed my sweet little girl. She pushed back – she didn’t want to talk to me. I told her I just wanted to help her. I asked her if someone was hurting her. She yelled. I held my ground.

Finally the dam burst. In between heart-wrenching sobs, K told me how sad she was. She told me how all the girls at school were making fun of her, mocking her clothes, telling her she’s fat, shunning her because she doesn’t do gymnastics. She told me she wanted to be thin, to be athletic, to have the right clothes. She said the girls ask her where she got her clothes, and when she said Goodwill, they reacted with disgust and more torment. When she wears the pants her grandma made her, pants she loves, they make fun of her. When she wore her red cowboy boots that her grandpa got her, they asked her where they were from, and when she said Garnet Hill, they told her it was a hillbilly store (for those of you who aren’t familiar with Garnet Hill, it’s a very high end store, not a hillbilly in sight. Clearly these terrible little girls have NO idea what they’re talking about). It went on and on, every cruel word pouring out on a flood of tears.

I held her tight, and my heart bled a little more with every word. I had wondered why the beloved cowboy boots had only been worn a handful of times, why the cute clothes that she had once loved so much remained in drawers, forgotten.

One of the things we always laugh about is K’s crazy sense. She has always picked out her own clothes with garish gusto. She has always told us she’s an individual and proud of it – and I’ve always been proud of her because of it. While she doesn’t do gymnastics, she is a natural horse woman, and has competed in shows with confidence and grace. It takes a lot of athleticism and skill to do that.

We do not have money. My husband has been out of work for almost a year now, and making ends meet sometimes takes a small miracle, and a lot of juggling. I have always taken a certain amount of pride in the fact that I’ve managed to give the kids everything they need, even if sometimes it’s second-hand. And now, that pride has turned to anger and shame. I’m angry that I can’t give my daughter the “right” clothes. I’m ashamed because these girls have chosen to embarrass my daughter because I’m to poor to keep her in style.

I also knew just how K felt. I was never popular growing up. I was always a little on the heavier side, and I never had quite the right pants, or accessories. I’ll never forget the day in 7th grade when I went to sit down at the lunch table with my friends – and they all picked up their trays and moved to another table. It still hurts. My freshman year of high-school was spent at a boarding school because the teasing and torment was bad it was driving me to a nervous break down at 14.

Things got better in high-school. I embraced the fact that I was different and found friends who celebrated that. I even managed to have a “popular” friend or two. Things got better as I got older and learned what what really important. I think a lot of people have had similar journeys.

And so I do my best to impart this wisdom. I tell K that she is beautiful, and smart and talented. I tell her that these thin, fashionable girls pull other people down because that’s the only way they know how to feel good about themselves. I tell her she doesn’t have to answer to these girls when they ask her where he clothes come from. I tell her she needs to stick with the friends who love her for her, not for her brand name clothes. I tell her I love her and she’s one of the most amazing people I know.

But I don’t tell her these things. Instead I pour words of love and strength into her wounded heart and hope that it’s enough to help her heal. She stops crying and tells me she feels better. I hold in my own tears until she’s asleep. 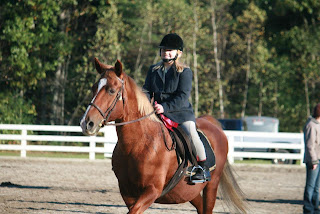 I hope I have the strength to protect her heart and keep her smiling. I hope that I can give her the humor and support it takes to navigate the sharks.

Goat farmer, chicken guru, garden geek and self-sufficient wannabe. Building a better life in southern Maine one DIY project at a time. Hoping that by sharing our joys and our woes we can pass on a little wisdom, divide the heartache, and multiply some joy.

This site contains affiliate links. Making a purchase with an affiliate link does not cost you any more, but I may receive a small commission to help keep this site running. We are a participant in the Amazon Services LLC Associates Program, an affiliate advertising program designed to provide a means for sites to earn advertising fees by advertising and linking to Amazon.com. You can learn more about our affiliate relationships here.

All photos and posts are the property of their creators. Feather and Scale Farm grants non-exclusive use of one photo and up to 50 words from posts with attribution and link back to the original post on this site. Please contact me for more information.